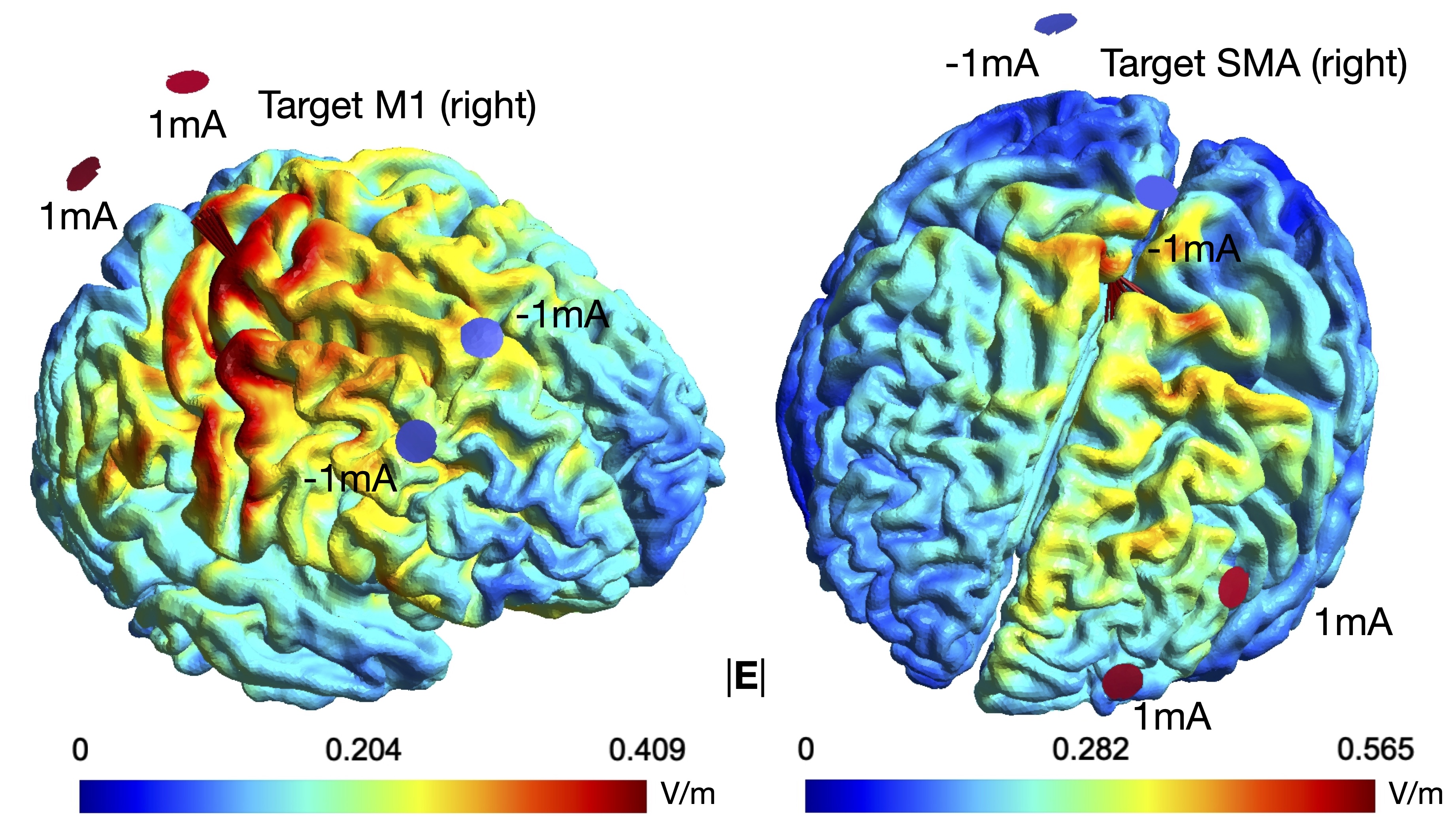 PhD student Silvana Huertas Penen investigates connectivity modulation in the motor system by dual-site transcranial alternating current stimulation (tACS), and how computational models can help to enhance effect sizes and to personalize stimulation. Critically, the project involves modeling at both the cellular scale, including synaptic plasticity, and at the scale of neuron populations measurable by M/EEG.

Experiments in healthy participants and simulations are conducted at the University of Twente and the Donders Institute for Brain, Cognition and Behaviour (Nijmegen) in collaboration with Prof. Ivan Toni.

In this DFG funded project at UKE Hamburg in collaboration with the University of Oxford (UK), postdoc Mareike Gann studies the combination of transcranial alternating current stimulation (tACS) and deep brain stimulaion (DBS) coupled in a brain-computer interface to target cortico-subcortical connectivity. A further part of the project is on the basics of tACS and dual-site tACS to modulate functional connectivity. 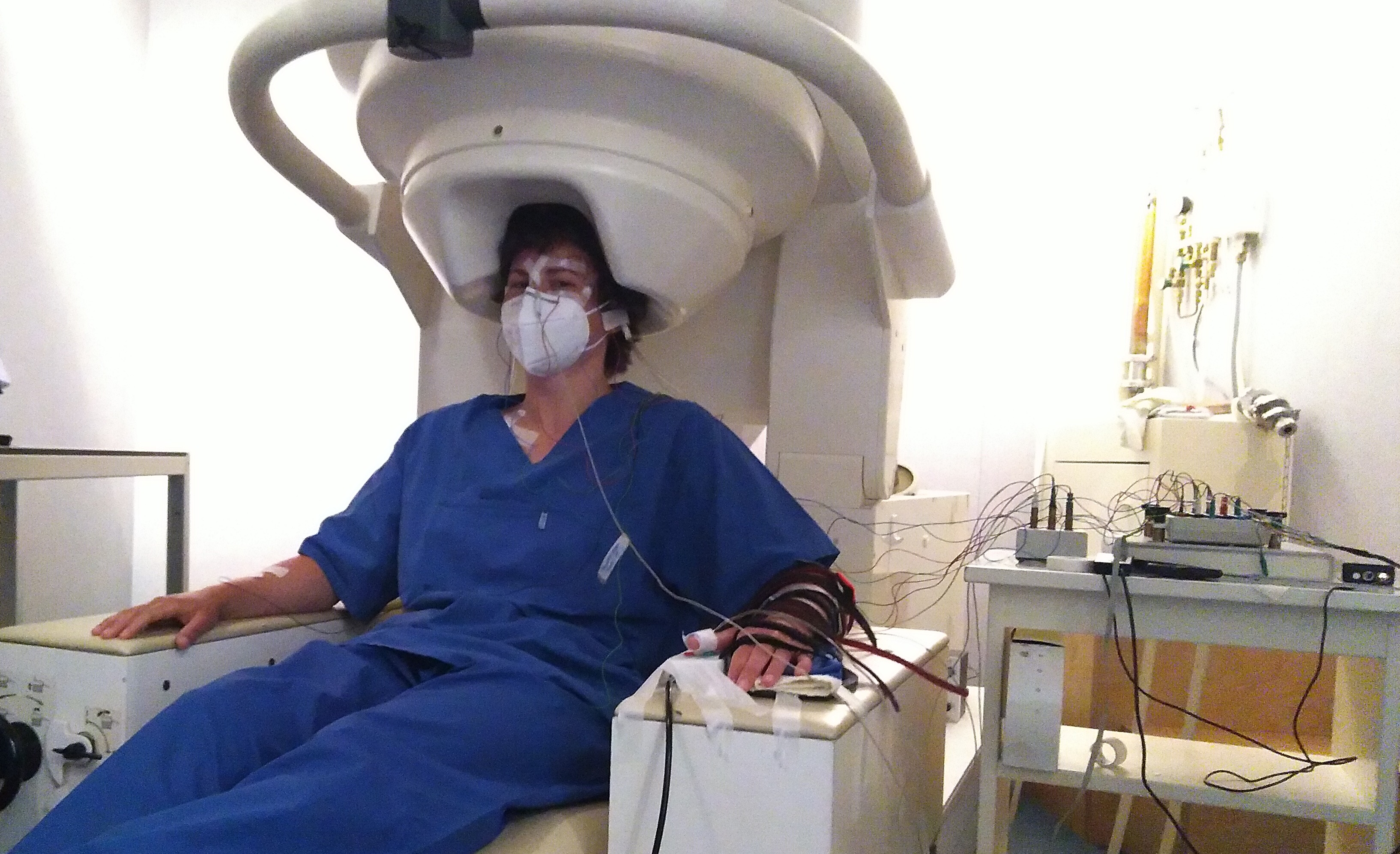 This is a joint project with Dr. Fanny Quandt (neurology, UKE), conducted at UKE Hamburg, funded via the “Tandemförderung” (UKE) and SFB 936, DFG. We are collaborating with Dr. Robert Schulz (neurology, UKE), Dr. Till Schneider (neurophysiology, UKE), and Prof. Charlotte Stagg (University of Oxford, UK). 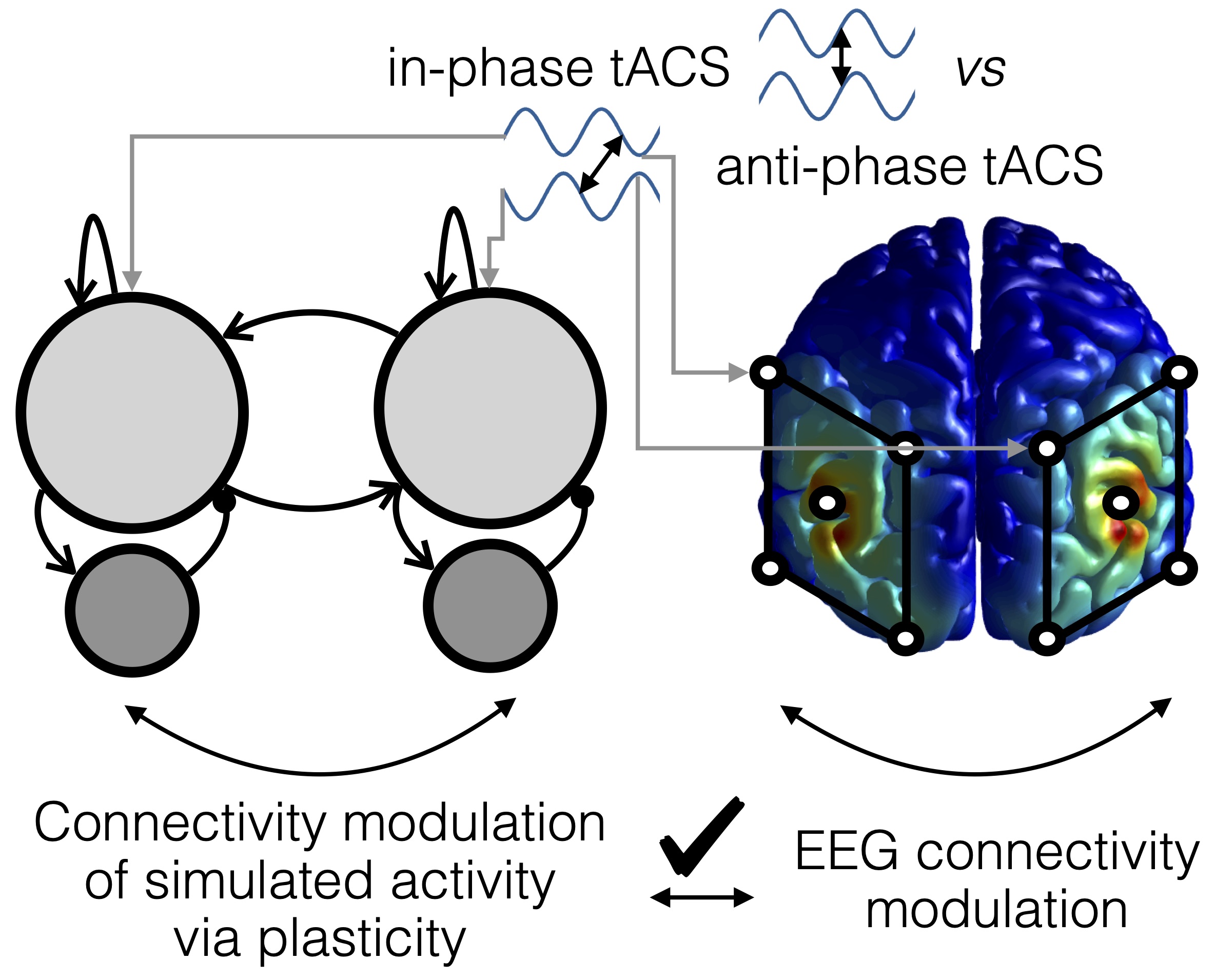 We (Andreas Engel Lab, UKE Hamburg) were able to show that transcranial alternating current stimulation (tACS), applied at two brain sites (dual-site), can modulate functional connectivity in the alpha range, with a moderate specificity in space and frequency. The tACS montage was here tuned in a way to yield no differences in applied electric field strength and thus alpha power across our conditions, while the direction of electric fields differed across conditions to induce connectivity changes.

Furthermore, we used a neural nework model demonstrating that synaptic plasticity can account for the described connectivity changes, possibly in interaction with entrainment echoes.

Functional connectivity of
basal ganglia and thalamus
during movement

All experiments were done by the Robert Turner Lab, University of Pittsburgh, PA, USA.

Synchronization of
neural activity
in the basal ganglia

Why does neural activity in the basal ganglia of patients with Parkinson’s disease synchronize? The globus pallidus may play a critical role here. We (Richard van Wezel Lab, Donders / University of Twente; Stephan van Gils Lab, University of Twente) found Cx36 in the external and internal pallidum, and described how gap junctions between neurons in the pallidum affect synchrony in a network model of the basal ganglia.

Cardiac dynamics are determined by properties on a micro- and macro-scale, and can successfully be simulated with the combination of cellular and macroscopic models. However, many parameters on both scales, but in particular on the microscale, are not known. Thus, we (Frank Sachse Lab, University of Utah, US; Gunnar Seemann Lab, Karlsruhe Institute of Technology, Germany) extracted quantitative parameters from cardiac tissue using three-dimensional confocal imaging and image reconstruction. Critically, we found that the distribution of Cx43, potentially forming gap junctions, changed with myocardial infarction.